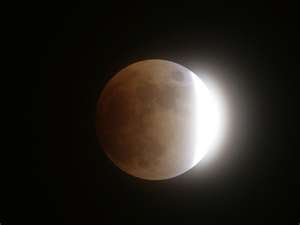 my radiance is darkened ~

and this too shall pass

While this haiku was written a week ago I hadn’t posted it anywhere. This morning I realize it’s a fitting response to Writer’s Island’s final (hopefully, just “for now”) prompt: Vision of the Future.

dawning of new day
is the threshold of many
possibilities

After a busy week and falling behind a bit in my responding to prompts, a quiet Friday evening afforded me the opportunity to answer SIX prompts. I just happened to be able to do it with one three-lined poem:

Plans and dreams unmet, our future slipping through my fingers.
A brick wall, when viewed differently, could really be the next step.
I welcome God’s words: “For I know the plans I have for you…”

Here are the 6 prompts I used:

Sunday Scribblings:  The Next Step

Poetic Bloomings:  use a line from one of your favorite poets or poems as the inspiration for your poem (*I didn’t choose a poet per se — I chose a favorite passage of Scripture: Jeremiah 29:11)

Carry On Tuesday:  write a poem using all or part of the title from one of Abba’s songs: Slipping Through My Fingers

Poetic Bloomings “In-Form” prompt:  write a Sijo poem –  the classic form of unrhymed poetry in Korea. Sijo have three long lines. Each line varies between 14 and 16 syllables, with the middle line the longest. The first line states a theme, the second line counters it, and the third line resolves the poem.

a
world
without hope
is quite unimaginable;
there would be no dreams
and no expectations of better things to come;
a world with no hope would indeed be a world full of despair.

Advent. We waited with anticipation for a coming KING! Last December (during Advent) I was reminded, and wrote in my blog, about Simeon. He met Joseph and Mary in the temple court shortly after Jesus’ birth, and recognized Jesus as the fulfillment of prophecy.  (click here to read “To See Like Simeon”)

Lent. We wait again. This time, in anticipation of that King’s crucifixion. And I am again reminded of Simeon. At their meeting in the temple, he also told Mary (in Luke 2:35) that, in regards to her son, a sword would pierce her soul.

I’ve reflected before on how, with the benefit of hindsight, things seem so much easier to understand. I wonder if Mary, on that day, knew just how accurate Simeon’s words would be. Had she any idea how her son, then an infant, would grow to be a man despised? A man beaten? A man crucified? Did she have a glimpse of what it would be like to be at the foot of the cross and watch her son die?

Though Mary’s soul was pierced at watching her son die, her soul was also made whole as Christ became her Savior. The same is true for me. And can be for you…and for anyone who recognizes and accepts that wondrous gift of salvation. And while we wait to celebrate that resurrection on Easter Sunday, may our souls be pierced like Mary’s during this Lenten season as we’re reminded—and repent—of the reasons we need a Savior.